As soon as the route for the 2019 BBC One Show Children in Need Rickshaw Challenge was announced, Morben Isaf Holiday Park Managers Ben & Sarah Lewis, along with their children Joe and Molly decided that they wanted to do something to raise money for the Charity.  After discussion with the Owners on Park an event was organised for Saturday 26th October.  A day was planned of Christmas Card making, Art Exhibition and Sale of Paintings; accompanied by lots of tea, coffee and cake! 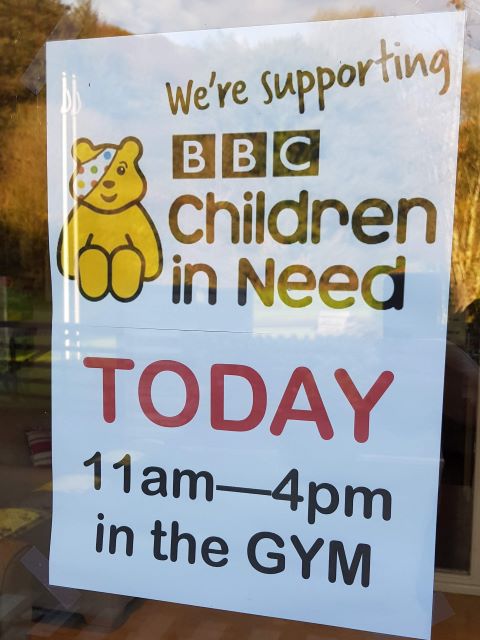 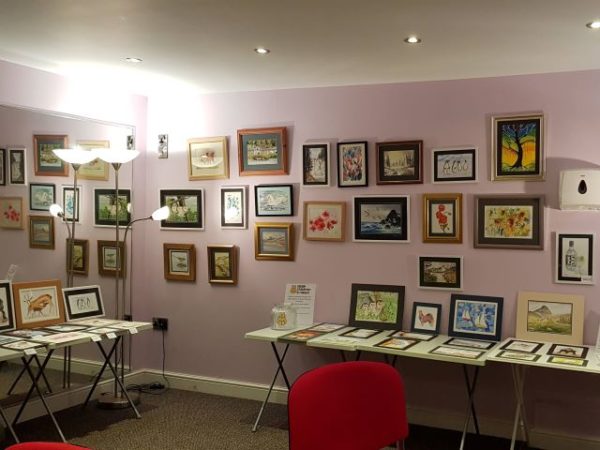 Many people called in throughout the day to view the Artwork and have a go at Card making.  Everyone was extremely generous with their support and donations, there were some beautiful cards made too.  All materials were provided and members of the Morben Art Group were on hand to offer ideas and supervision if required.  Special thanks to those who gave up their time to make the day such a success. 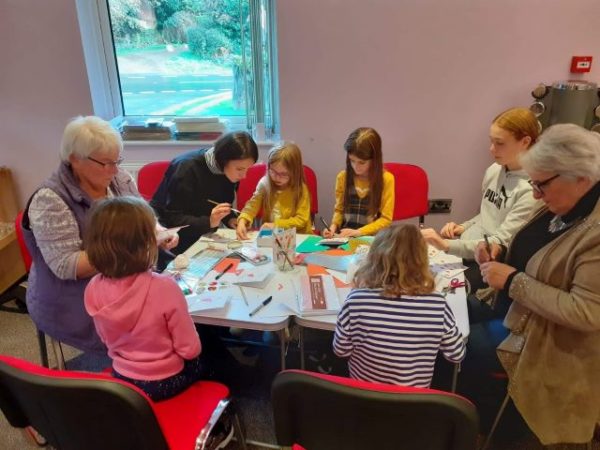 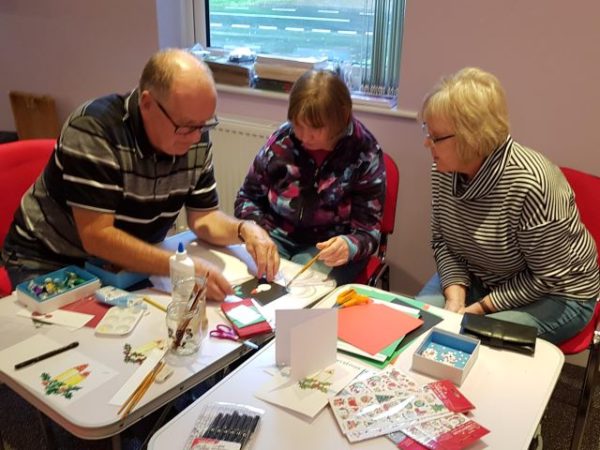 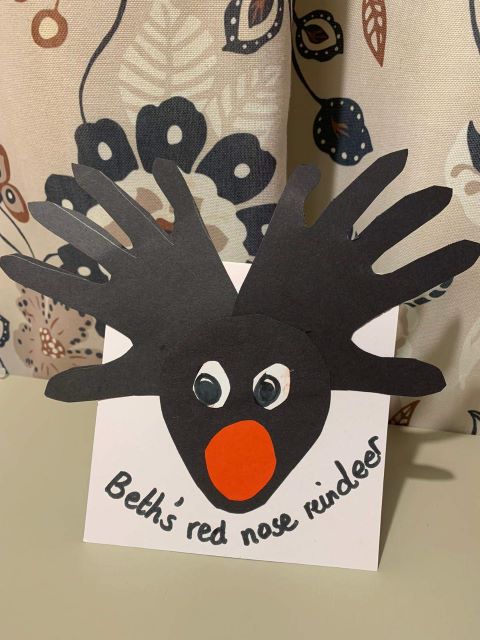 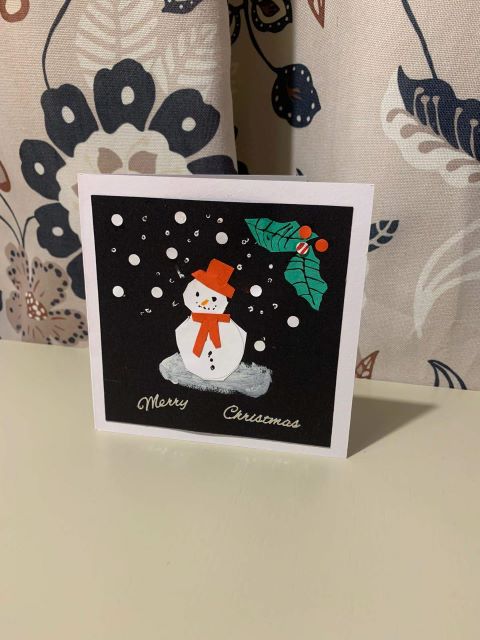 Everyone was overwhelmed by the grand total of £690 raised for the Rickshaw Challenge. With the Team arriving and stopping over in Machynlleth on their second day of cycling it was even more special to be able to support them in person.  On the Saturday evening, Ben, Sarah, Joe and Molly went up to the Tal y Llyn pass between Dolgellau and Corris to cheer on the Rickshaw.  Seeing the smiles and determination on the Teams’ faces after a difficult day of mechanical problems and extreme weather conditions was humbling and very emotional, something that will never be forgotten. 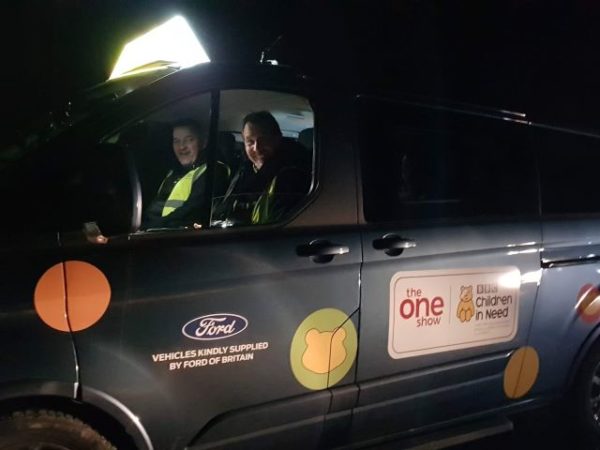 Wearing our Pudsey ears with pride, we joined other Caravan Owners off Morben Isaf and a good turnout of supporting public to welcome the Rickshaw Team into Machynlleth.  The riders had obviously had a tough day and were glad to get to the finish line for a rest.  They still took time to talk to the crowds who had turned up before heading off for a well earned meal and hot shower! Day 3 of riding went from Machynlleth to Oswestry.  The Rickshaw was fixed and the weather clear and sunny.  The riders and crew were still smiling and in good spirit.  We cheered them off just after 7am.  It was amazing to see the network of crew that facilitate the Challenge.  Medibike Outriders, Engineers, Route Planners, Weather Watchers, Cooks, Film Crew, Security, Drivers – many of whom, we found out afterwards, take annual leave from work to support Children in Need.  We are proud to have done a our bit for the 2019 Rickshaw Challenge  and we hope that a lot more money is raised for such a worthwhile cause.  Well done to all involved. 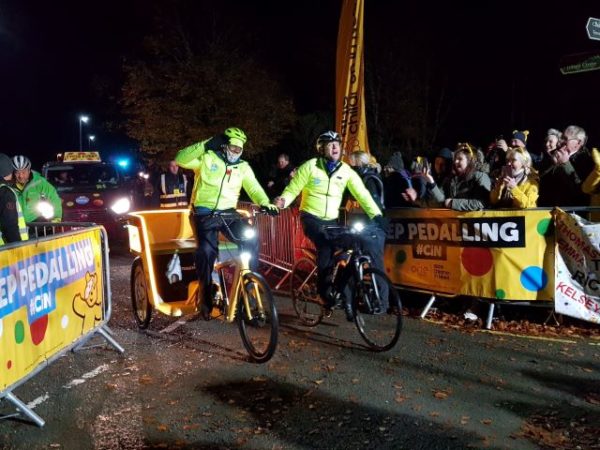 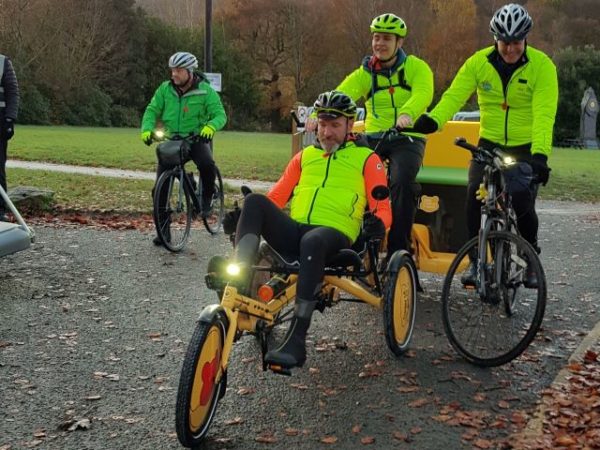